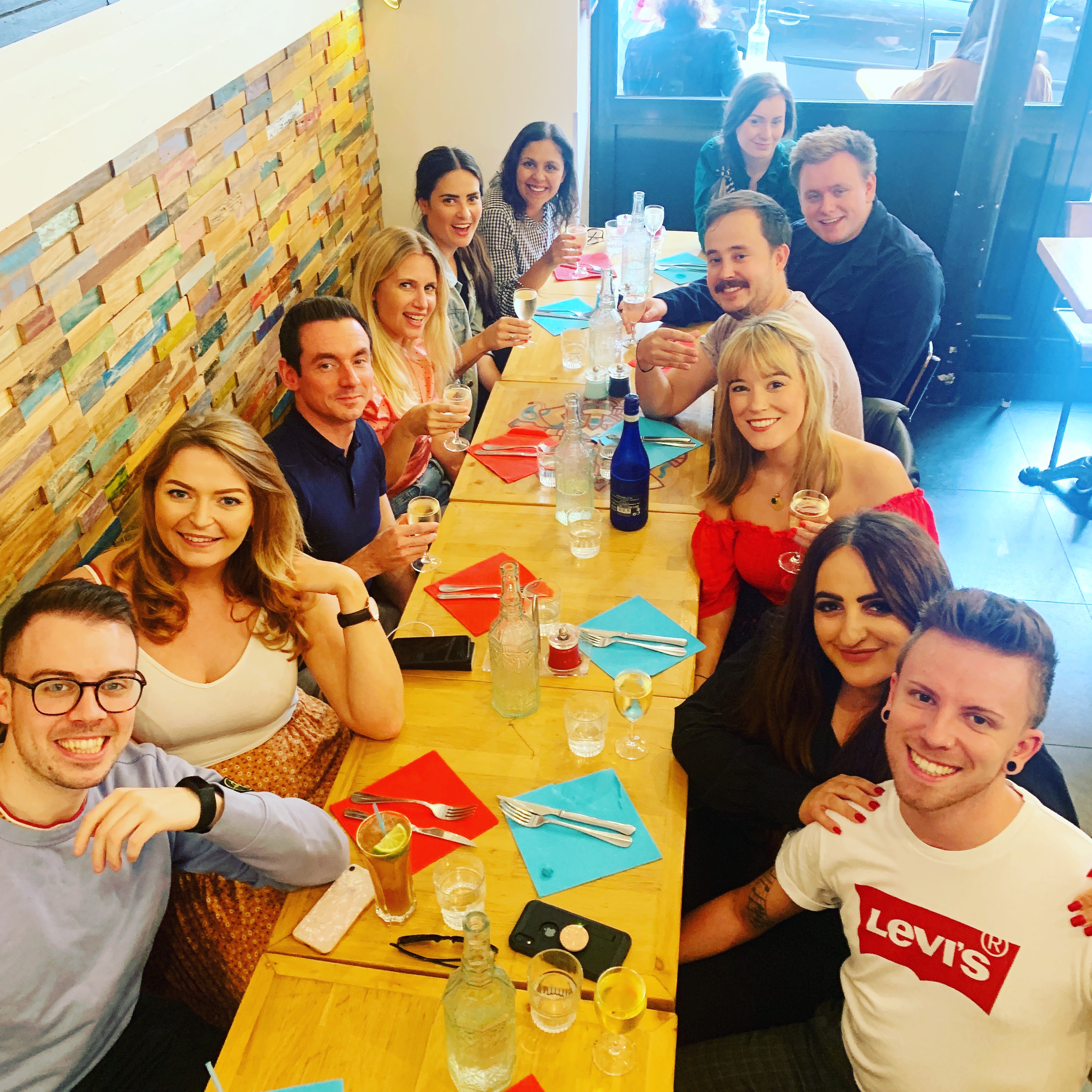 It’s been an amazing year at Alfred and so, we wanted to take a moment to look back at everything we’ve achieved in 2019. We’re proud to have done some of our best, most impactful work yet, continued relationships with some brilliant clients and won some new ones. And, found time to have a lot of fun along the way…

We kicked off the year on a high for Oatly, with in-depth features in The Guardian and Telegraph exploring the rise and rise of Oat Milk, making the Guardian front page…

Launched Mega Movie Week for BASE (British Association for Screen Entertainment) to change consumer behaviour, increasing digital adoption through our cross-studio campaign featuring Edith Bowman and a host of influencers.

Lucy started the year as our first new hire, joining as Director.

We won Square Enix Collective as a client…

In March we launched Oatly’s ‘Ditch Milk’ campaign – its most explicit call for consumers to swap dairy for oat milk. Unveiled in-line with London Coffee Festival, we secured an exclusive with the Metro exploring how much Co2e you can save the planet by switching to Oatly.

We also started working with Gearbox for its global We Happy Few campaign.

Scarlette joined us to support on Oatly and SodaStream, and Paulina started as our shiny new Office Manager.

Alfred’s monthly culture currency initiative saw a visit to The Stanley Kubrick Exhibition to take a look behind the scenes of this iconic filmmaker and get a closer look at his creative process.

We started working with new client Playstack on their new brand positioning.

Kicked off our work with London & Partners with a Love London campaign encouraging visitors from the U.S. and France to explore untapped areas of the city. The paid media campaign was seen by more than 16.9 million millennials.

Oatly’s CEO Toni Petersson arrived in England for a quick-stop media tour in May, and we filled his day with national and broadcast press eager to hear his business secrets.

We won World Animal Protection and started planning our big campaign to inspire a change for chickens. 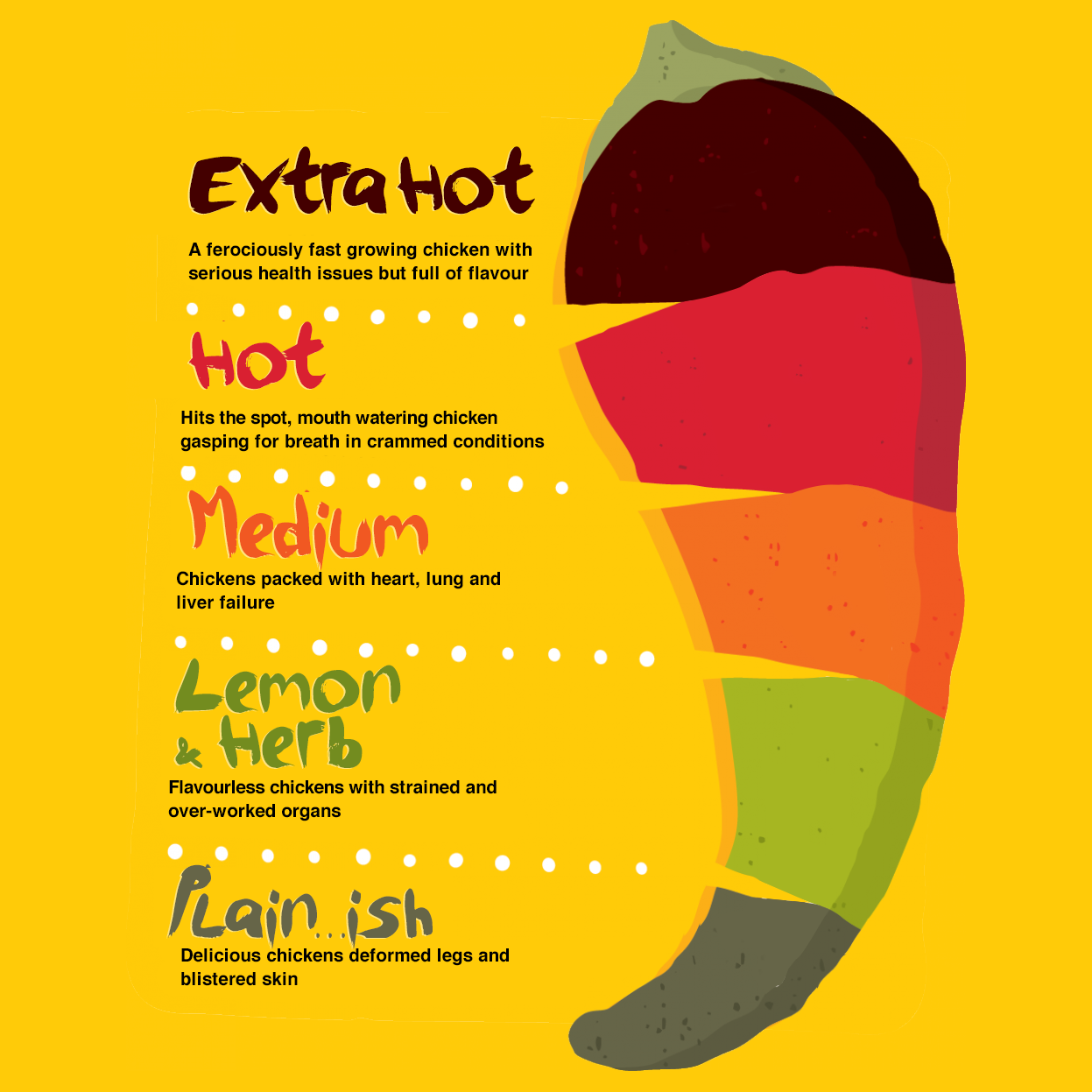 June saw us host the ultimate sensory experience for the launch of SodaStream’s new partnership with Soda Press organic soda. Our event at the Truman Brewery was attended by over 100 influencers and media who came to sample the edible bubbles, bespoke cocktails, and fruit wall!

We kicked off Alfred Ten Talks, our version of Ted Talks with Josh’s thoughts on how to unlock creativity.

In July, we welcomed gaming aficionado Niall to the team as an Account Executive.

We began working with on-demand technology platform Slerp from JP, co-founder of Crosstown Doughnuts, introducing the technology to media as an alternative to the likes of Deliveroo and Just Eat.

In partnership with 505 Games, we launched Horace, a UK indie production from veteran game developer Paul Helman. We secured a ream coverage with key outlets, landing the game with a reputation as the ‘indie game of the year’ and resulting in Game of the Year coverage this December.

The game launches continued with indie smash-hit Terraria on the Nintendo Switch, working with key influencers such as ChippyGaming and Jabbareviews, and reviews in outlets such as Nintendo Life, Switchup and GodisaGeek.

We announced Neato’s new pet edition models by working with select family influencers to highlight the offers on the products during Prime Day. Over 70 social posts later and we had helped to make a real impact on Neato’s sales during the period.

We created a global media event at the Barbican for 505 Games, themed after Remedy’s critically acclaimed action/adventure title, Control. With demos, developer access and Lara Loft, the German voice actor, this event resulted in extensive preview coverage with the likes of the Daily Star, Gamereactor, and Eurogamer.

We unveiled our integrated campaign for World Animal Protection, #TheRealCheekyNandos. The campaign called on Nando’s fans to petition their favourite restaurant to improve its chicken welfare standards – exposing the real “cheeky” behaviour from Nando’s… the fact that its selling unhealthy fast-growing breeds of chicken. We landed a series of exclusives, including coverage across key nationals including Independent, The Sun, Metro and Mirror.

We created noise around A-level results day for our client Escape Studios, hosting a behind the scenes experience for influencers including Niki and Sammy, Amber Doig-Thorne and Joe Tasker discussing why the future is in creative careers. Generating hits that included Sky News, Talk Radio, Daily Star and The I Paper.

In September, we welcomed Jess to the team as a Junior Account Executive to work on a host of Entertainment clients.

To celebrate the Home Entertainment release of the highly anticipated Pokémon Detective Pikachu, we brought Ryme City to life and worked with Inamo restaurants in London to allow press and guests the opportunity to find Pikachu, who was hidden amongst the digital menus.

Alfred celebrated its 6th Birthday by taking a trip to Paris, experiencing the culture of the city for an unforgettable 36 hours…

A month packed full of milestones, we celebrated the 25th Anniversary of everyone’s favourite TV show, FRIENDS by sending LADBible off to explore the exclusive NYC pop up and challenged a Fabulous Magazine journalist to get the famous ‘Rachel’ haircut, she accepted! We also landed exclusive features in nationals including The Guardian and Independent to celebrate milestone anniversaries for two other 90’s classics, The West Wing and ER.

Our MD, Dan Neale was interviewed on PR Moment Podcast giving his insights on the importance of team culture, how Alfred measures success, and why we focus on creating movements not moments for our clients.

We launched the critically acclaimed animated RPG Indivisible from beloved indie studio Lab Zero, leading to coverage in mainstream outlets such as Daily Star and Metro, along with critical core media Kotaku UK and PC Gamer.

After months in the making, we finally unveiled the #OliviaRubinXEtsy home and interiors collection with Etsy UK. A collaboration with British fashion designer Olivia Rubin on her first-ever fashion meets interiors range. Created with seven of Etsy’s makers, the limited edition collection was inspired by Olivia’s signature 🌈 colours and proved to be a sell-out following coverage in the likes of Grazia, Stella, and Stylist.

The Home Entertainment release of Sony Pictures’ biggest film of the year, Spider-Man: Far From Home, saw us exploring the filming locations in Prague with SYFY, Metro and Mirror. We visited the famous Signal Festival which showcases incredible art installations using projection, similar to technology used in the film by villain, Quentin Beck.

No summer, no Problem – in October we revealed the much-anticipated product everyone was waiting for – Oatly oat-based Ice Cream. Through an event for media and press office campaign, we generated over reams of national and lifestyle coverage game-changing sweet treat.

After a three-month campaign to raise awareness of the very first global Etsy Design Awards, which saw us set up interviews with UK judge Sophie Robinson, the campaign culminated with a double page spread in the Evening Standard, highlighting the London-based finalists and the growing creative hub in London.

Control won the Critics Choice Award at the highly-acclaimed Golden Joystick awards, celebrating all of the hard work the work we did in securing reviews, engaging with media and delivering amazing coverage throughout the year.

In partnership with 505 games, Alfred launched Zumba: Burn It Up in the UK with an influencer campaign. 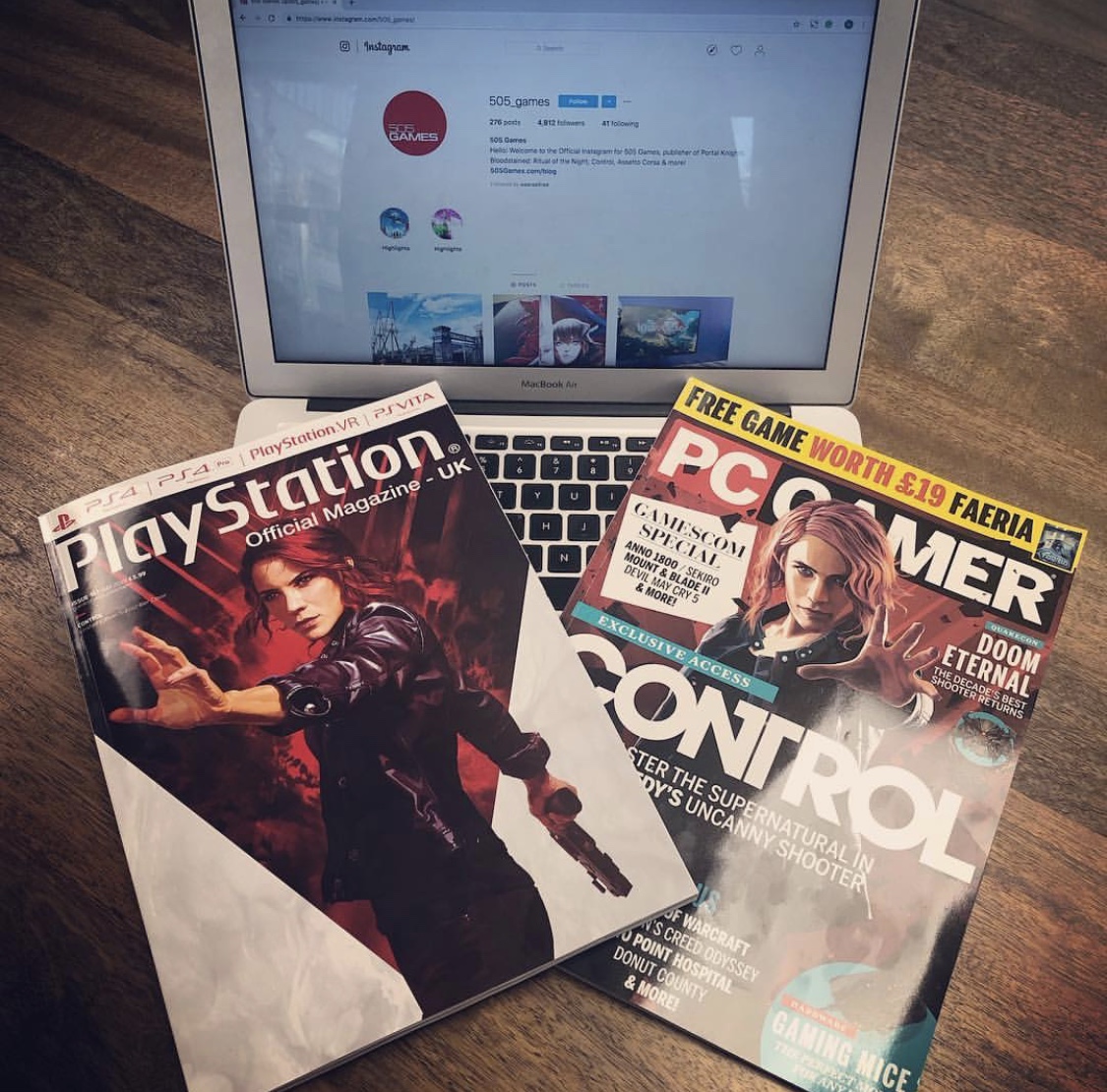 To end the year on a high, we won a brilliant new client – FitXR, pioneers of VR Fitness. To kick off the partnership in style, we landed a full-page feature in Evening Standard, positioning its newest launch BoxVR as the fitness workout the industry needed to take note of.

We’ve been working with travel lifestyle rental platform, AltoVita, to launch their new brand positioning around ‘Design Your Stay’, kicking off with an in-depth piece from their two founders on Mail Online.

We also secured a saught-after business profile for our client Voodoo in VentureBeat, an exclusive feature around the international growth, and entrance into the London mobile development scene with the acquisition of Gumbug.

We hosted an intimate preview event for 505 Games, Journey to the Savage Planet, where the likes of Eurogamer, IGN, Outside Xbox and The Mirror got the chance to exclusively play the game.

Our World Animal Protection campaign has seen over 34,000 signatures to date, and resulted in a meeting with between the charity and Nando’s – watch this space for more movement.

We enjoyed getting banged up at our Christmas party….

And going out on a high, have just won two new clients, to be announced in the New Year.