THE YEAR THAT WAS…

A year when we used the words “LOCKDOWN”, “Zoom” and “unprecedented” more than we can count.

Whilst challenging doesn’t cut it,  it’s also been a year that has seen some of the best and bravest people and brands step up and make a difference.

And, it’s a year when we couldn’t be prouder of our team. They’ve shown bucketloads of resilience, creativity and commitment, meaning we come to the end of 2020 with a set of partners that we are excited to be working with, some of our best campaigns to date, and an award-winning culture.

Whilst in many ways we’re happy to see the back of 2020, we also wanted to take a minute to celebrate some of its better bits.

We kicked off the New Year winning global entertainment company Outfit7 (the people behind the Talking Tom Franchise) as a new client.

Quickly followed by the launch of our second Mega Movie Week campaign for BASE (and supported by many of the top studios in the industry), working with tech expert Georgie Barratt to educate consumers on why digital movies, and downloading and keeping is the future.

We launched Journey to the Savage Planet for 505 Games and Typhoon Studios to critical acclaim, and created a creative influencer campaign to bring the title to life. Working with key influencers, we drove the conversation around the launch and kept people talking about one of the most wonderfully bizarre games of 2020.

As that wasn’t enough, in January we helped Oatly spread the plant-based revolution with its biggest, and first, national campaign – the ‘nonsensical’ creative brought a smile to streets around the UK after the Christmas period. Think random ads, and “the best-ever jingles produced for an oat drink company in the history of the world.”

Another client win, this time, HTC, and we jumped straight into a successful launch of the Vive Cosmos headsets. Throughout this year, we’ve worked closely with HTC to drive conversation around the importance of virtual reality in the future of work, the incredible experience of premium VR, and how HTC has been driving a new world of technology.

In March healthy and sustainable drinks brand Ugly Drinks joined forces with us, along with digital newsstand Cafeyn, and craft brand Cricut.

As we all know too well, lockdown began…we relocated to working from our kitchens and living rooms, kicked off our weekly Zoom quizzes (of course), and got stuck into home workouts (some of us anyway). While we missed being in the office, we felt more connected than ever.

We launched Ugly Drink’s “Still Ugly” canned water, helping to fight plastic waste one can at a time.

April saw us get behind a really important cause. We worked with Fashion Revolution to reveal the findings from this year’s Fashion Transparency Index – a report on the world’s largest 250 brands and retailers and their performance against key transparency areas.  We drove conversation through multiple nationals and top tier outlets including the Guardian, The i and Vogue.

We launched My Talking Tom Friends, Outfit7’s most ever successful mobile game launch ever, garnering over 36 million downloads in a few weeks! And, to this day it features in the top 10 of all games from 2020.

We supported Crosstown and their great initiative The Crosstown Collective, bringing hospitality and food businesses together to fight the challenges of Covid-19.

And this was rounded off by one of the proudest moments of the year, when we were shortlisted in PR Week’s Best Places to Work – a testament to our brilliant team and investment in our culture.

“We ride together, we die together”. No, not our new Alfred tagline, but a quote from Sony Pictures film Bad Boys…and it was the third instalment (Bad Boys for Life) we supported the launch of, our first Home Ents release in lockdown! We worked with a range of influencers to bring key themes in the film to life with TGE for speed, Paul Olima for fitness, and Jack Fowler and Wes Nelson for comedy. We also worked with Brewdog to host a virtual pub quiz night, hosted by Edith Bowman.

We hosted our 32nd virtual quiz, well it felt like that anyway! And, we were a bit sick of baking banana bread by this point…

So we focused on helping Oatly temporarily rename its creative department – the Department of Mind Control – to the Department of Distraction Services – purely dedicated to immediate enjoyment, providing distracting activities and fun things to do whilst stuck at home.

We worked with 505 Games and Kojima Productions to launch the blockbuster and genre-redefining game, Death Stranding. With a combination of UK exclusive interviews and activities with key PC gaming media and influencers, we championed the incredible PC visuals and performance of the Decima Engine, resulting in the game retaining the top spot on Steam sales charts throughout the month of its launch.

My Talking Tom Friends becomes the most downloaded mobile game for July 2020. 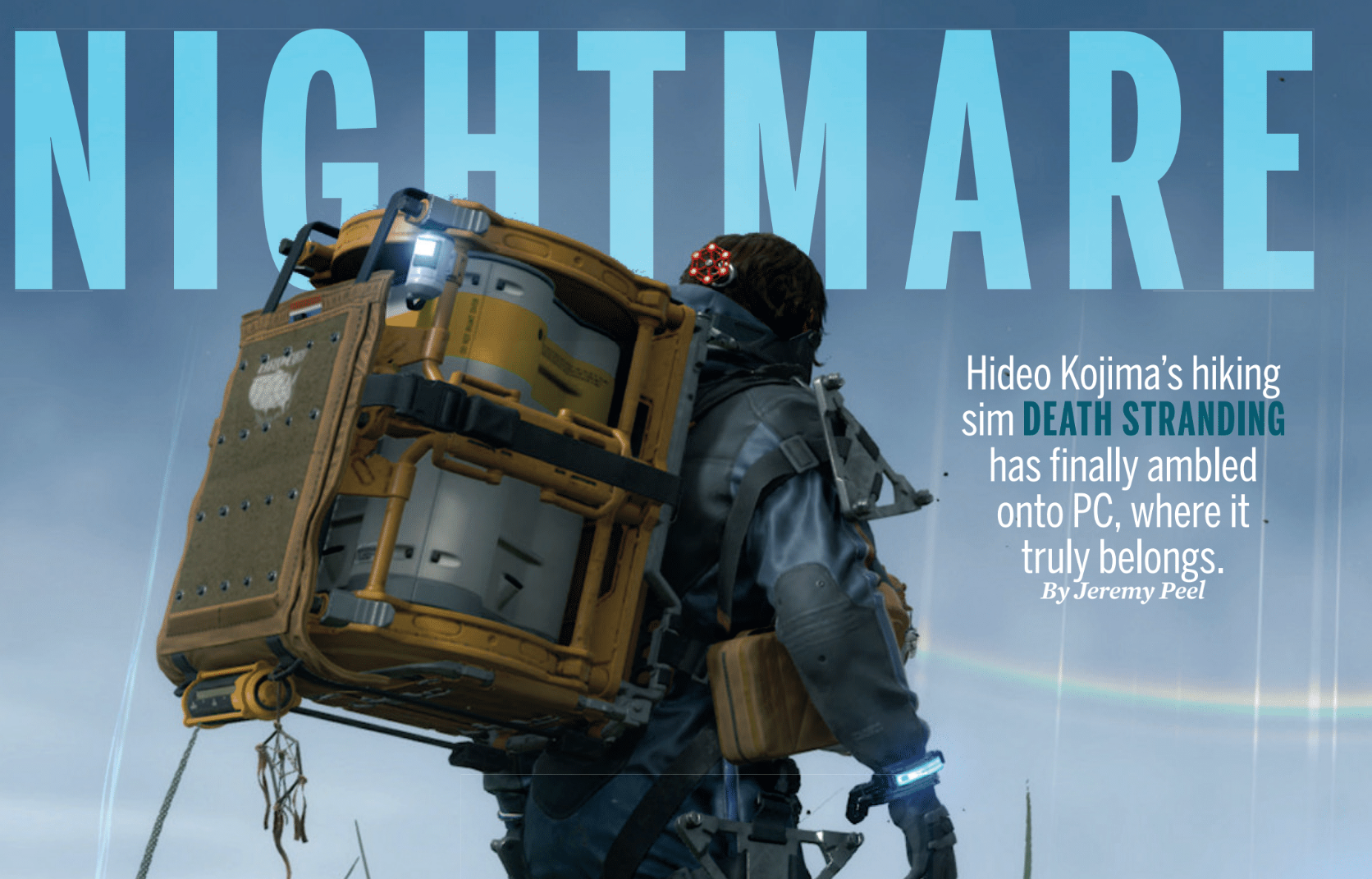 After months of virtual chats, we finally got to meet FACE TO FACE at our Summer Party, as the restrictions eased for a while. A socially-distanced picnic in Victoria Park, with plenty of booze and snacks was the perfect setting to regroup once again.

We won Nespresso, a client we’ve admired for a long time for the movements they have made in sustainability and connecting with consumers. We launched our first campaign to support their Iced Coffee range: #MyNespressoMoment saw us celebrating reconnecting with friends following a lockdown summer and featured an influencer campaign, workshops, news generation and social content.

We were thrilled to find out that Nando’s had agreed to commit to better chicken welfare standards, supported by our #TheRealCheekyNandos campaign, that is a great example of a movement that generated over 30,000 signatures from customers urging the chain to do better.

Our mobile client, Voodoo, received an investment from Chinese internet giant, Tencent – marking a huge opportunity for them as a business. We supported the announcement, landing coverage in the likes of Tech Crunch and an array of global tech press.

We supported Funko on the launch of Marvel Battleworld: Mystery Of The Thanostones, this campaign was executed via a stream of paid influencers content targeting those who love Marvel, as well as an epic press office programme reaching Marvel fans, families and kids.

In September, we supported Voodoo, after they won a lengthy court battle against a prominent “hyper casual” games rival, Rollic and Hero Games, who was found to be copying elements of one of its games. We landed an exclusive piece in the Financial Times which led to widespread conversations over the issues of copying in the industry.

We started working with an innovative business, Phoenix Games, who aim to break down barriers to succeed within the games industry. This kicked off with in depth messaging and and strategic comms., and included the build of a new website that our digital team is spearheading, as we get ready for an ambitious 2021.

This was the month we also found out about our FIRST WIN for #TheRealCheekyNandos, the Best Public Awareness Cause Campaign in the EMEA Purpose Awards, little did we know there were many more to follow…

We were extremely proud of our SECOND win for #TheRealCheekyNandos campaign, as we took home the PR Week Award for The Best Purpose Campaign.

We launched Ghostrunner with 505 Games, slicing through a month of game launches and stirring an incredible amount of buzz with media and influencers. With a stunning Cyberpunk setting and breakneck first-person action, Ghostrunner has quickly become a Game Of The Year contender.

We were also appointed by Starlight Children’s Foundation, a charity which shines a light on the incredible work carried out by Health Play Specialists for children in hospitals all over the UK, to lead the launch of National Play In Hospital Week.

We supported our client Hutch on their partnership with Movember – which saw them donating to the worthwhile cause and sharing their own experiences on the importance of men’s health. Result: Showcased Hutch’s commitment to helping the lives of others with their games and generated coverage across key target media.

Received our THIRD win for our #RealCheekyNandos campaign at the PRCA Awards in the Non-for-profit and Charity award.

We supported Funko on the launch of Snapsies, their first EVER kids toy and spread the word amongst press, influencers and celeb mums.

And launched VR Dance on FitXR…challenging a series of influencers and media to #DanceLikeNoOneIsWatching. And, we all started training for next year’s Strictly Come Dancing…

We weren’t quite done with the awards, and November saw us win our FOURTH award for our #RealCheekyNandos campaign, this time at the Creative Moment Awards, for the Charity Campaign Of The Year!

Last but not least in this bumper month, we won TWO exciting new clients. A huge esports win and a leading video games developer. Watch this space to find out more…

Phew… almost made it.

We launched our #MessagesOfJoy campaign with Katie Piper, promoting the importance of spreading kindness and positivity throughout Christmas through an integrated campaign featuring social content, influencers, news and interviews – coverage was achieved across a range of nationals including Mail Online, Sunday Times and Sunday Mirror.

This month we unveiled an exciting partnership combining the world of Death Stranding with Cyberpunk 2077 via a highly successful exclusive partnership with IGN. After only 5 days, the launch trailer gained over almost 1m views, and delighted the Death Stranding PC community (a huge success pre the game’s wider cancellation).

We took our Warner Bros. UK annual Christmas Gifting campaign virtual and worked with interiors expert Lisa Dawson to host a gift wrapping masterclass, showing press and influencers how to wrap their favourite box sets this year, in creative ways inspired by the shows and movies.

We launched The 505 Collective, our innovative influencer programme with 505 Games, bringing together fans of 505 and offering them exclusivity and membership to a select inner circle of content creators.

One of our longest standing clients Hutch announced their acquisition by the Modern Times Group for an expected $375 million. Hutch saw $56.3 million in revenue during the first nine months of 2020, with year-on-year growth of 158%, and we are proud to have been supporting them for so long, championing the incredible work of the studio, underpinned by a leading culture.

And finally, we never knew virtual Christmas parties could actually be fun… a cocktail-making masterclass saw us well-prepped for our turn in a murder mystery, it’s safe to say the hangover breakfast was still needed the next day. 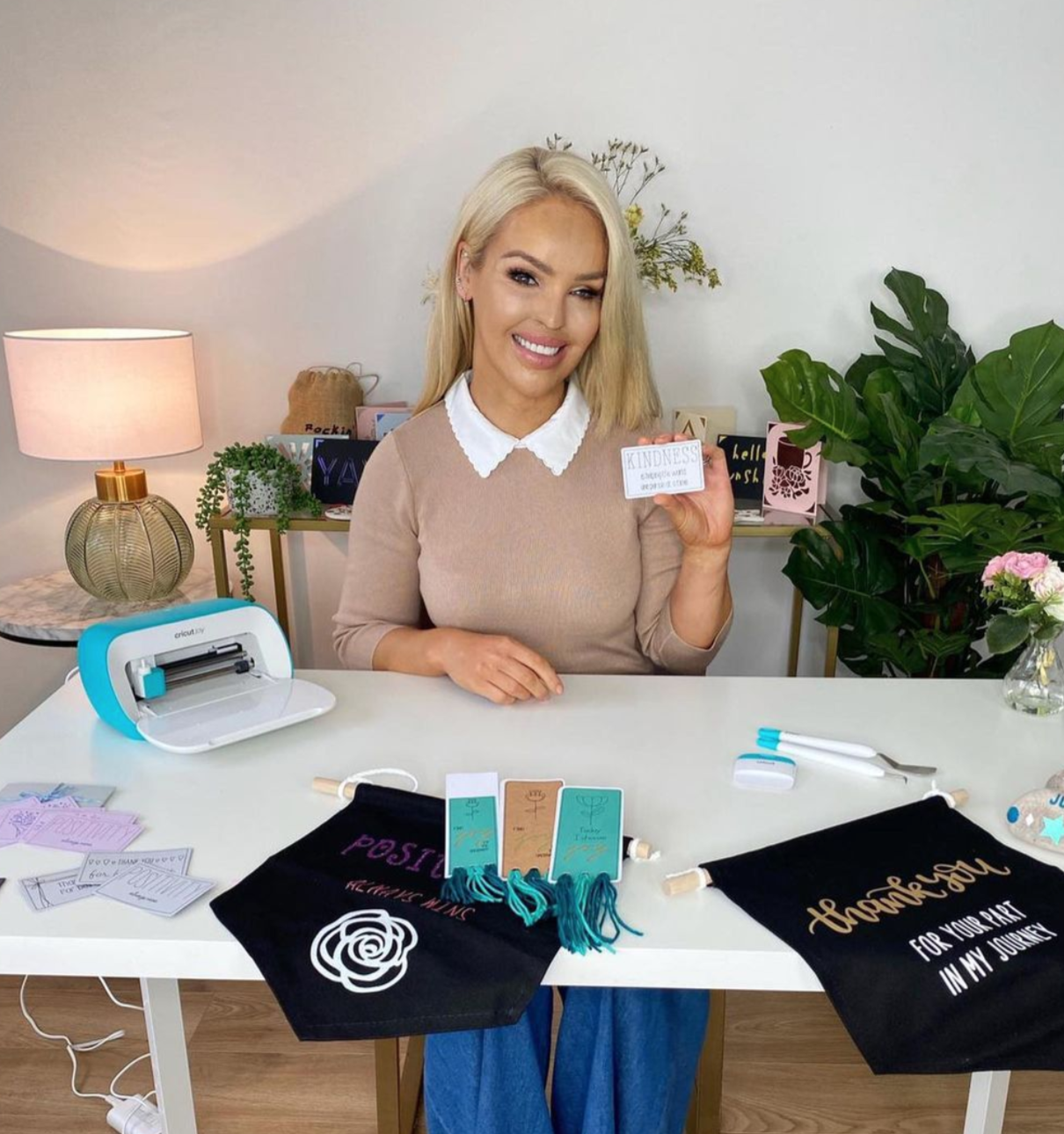 That’s a wrap on a year to remember, we can firmly say we didn’t leave anything on the table, and while we understand this has been a difficult year for most, we are humbled to have come through the most challenging year with a great body of work, a team we are super proud of, and even a touch of growth.