The global pandemic put the brakes on some of the biggest and most anticipated events in the world, including the Electronic Entertainment Expo, or E3.

Arguably the biggest event in the video games calendar, with development grinding to a halt as governments worldwide demanded we stay home, last year was the first time that E3 was completely cancelled, not even shifting to a virtual format.

After a challenging 12 months, E3 finally returned for 2021, albeit in a completely virtual format. There were still conferences from the usual suspects, but no crowds of journalists, which wasn’t quite the same.

The virtual format received mixed reviews from both consumers and industry peers, as did the quality of the announcements across the board. But regardless of whether you enjoyed this year’s E3 or not, you can’t deny that it was great to feel some sort of normality when reading a slew of the latest gaming news. It was almost normal.

There were plenty of announcements to get excited about, so check out our team’s highlights below.

My favourite announcement from this year’s E3 has to be Shin Megami Tensei V, coming to Nintendo Switch this November. It was a complete surprise in the Nintendo Direct, following the release of Shin Megami Tensei III Nocturne HD Remaster last month which I was already excited about. I’m a huge fan of the Persona series (the Western name for SMT), so seeing some familiar characters from the series, and being able to play it on my console of choice, is amazing. This is definitely going straight on my 2021 Christmas wishlist.

Other honourable mentions include; Todrick Hall’s fabulous Nails, Hair, Hips, Heels making its way to Just Dance 2022 with an ‘exclusive’ version, probably to make it a bit more family friendly, and the upcoming western release of Ace Attorney: Chronicles, starring Ryunosuke Naruhodo, whose surname naturally translates to ‘I see’ or ‘I understand’.

One of my favourite things about games is exploring new titles and genres that didn’t hit the mainstream, and a stand out moment last year was playing A Plague’s Tale: Innocence. After some research, I realised I was not alone, as it had picked up a cult fan base with its engaging narrative and gritty rat killing puzzles, so I’m sure I speak for all of us when I say I was thrilled to see it was getting a sequel – A Plague Tale: Requiem (offering much of the same).

Equally, as a devoted Xbox fan, Game Pass has fast become a leader in the subscription-based models for consoles (and PC), particularly following the excitement around Microsoft’s acquisition of Bethesda, providing the platform with a host of much-adored titles – all the more enjoyable since it is angering PlayStation fans (who doesn’t love some console rivalry?). Absolutely some of my most memorable gaming experiences have come from the likes of Fallout, Dishonored, Wolfenstein and Doom.

As a huge Assassin’s Creed fan I was on the lookout for new announcements regarding this colossal franchise. The latest title from developer Ubisoft, Assassin’s Creed Valhalla, has already been a huge success. So huge, in fact, that it was announced that we won’t be getting a new game next year, and instead we’ll be receiving loads of new DLC for Valhalla. Even more running around ye olde Europe as a Viking? Count me in! 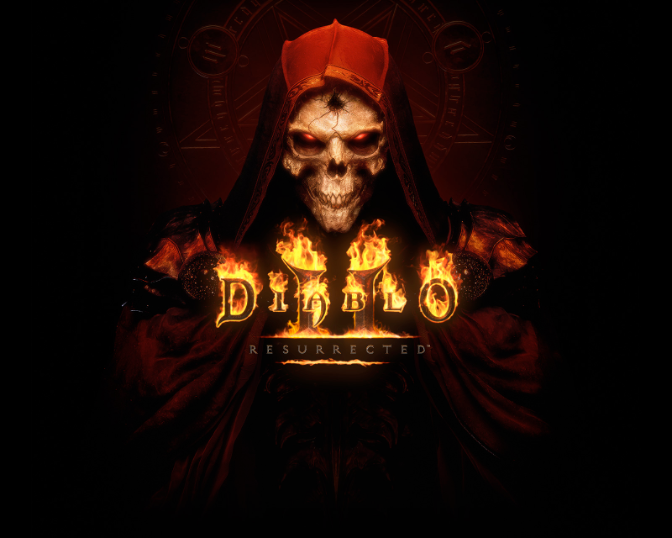 Another highlight for me was the announcement of the official release of Diablo II: Resurrected. Already announced at BlizzConline in February, I’m delighted to have an actual release date to count down to. There goes my ‘not spending too much this year on games’ resolution!

Finally, my feverish wait for more information about the best damn mystery-meat eatin’, vodka chuggin’, gun jammin’ post-nuclear hell hole has paid off. Stalker 2: Heart of Chernobyl is looking suitably introspective and moody, and the added touch of the trailer staying in its original language was a wonderful nod to fans’ purist love of the series.

Speaking of Eastern European game oddities, it was a nice surprise to see the mysterious Atomic Heart pop out of the woodwork at Microsoft’s keynote, which gives me hope that the ambitious project will find its way into our hands before the end of the next century.

A final exciting showcase that caught my attention was courtesy of the masters at Arkane Studios, presenting an unexpected surprise in the form of vampire hunting, open-world co-op shooter Redfall. While it’s hard to tell how the final game will turn out, anything from this team of masters is very worth keeping an eye on.

Being a keen fan of simulation games, and suffering from lockdown wanderlust, my highlight has to be the Microsoft Flight Simulator console release. I’ve already clocked 391 hours on the PC version – the highest in my steam library, and equal to flying around the world 11 times. In a year that challenged everyone, I found real solace poking through the volumetric clouds and soaring high above real-time sunsets.

It’s a great time for the game to open up to a larger console audience as, since the initial PC launch in 2020, there have been several free content updates. These brought more realistic, hand-crafted airports, terrain and landmarks to the UK, USA, Japan, France & Benelux, and now the Nordics. In historic titles in the franchise, you could easily spend a fortune on third-party products to achieve the level of detail and realism that Asobo are now constantly adding at no extra cost.

Landing with us mid-pandemic, it couldn’t have come at a better time.

There were a few clear trends at this year’s event that we’ll be watching over closely in the next few months.

Subscription models are still growing, but Microsoft is owning it on consoles with Xbox Game Pass and its constantly expanding library, easily beating PlayStation Now. It’s a good time to be #TeamXbox.

Indie titles were given their time to shine with smaller events hosted throughout the week and fewer AAA announcements than usual, cementing their position and popularity amongst the mainstream greats.

Finally, this was a much smaller E3 to what we’ve been used to in the past. Whether this indicates a shift in focus to supporting existing titles, or the impact of the pandemic on the industry, only time will tell.

Is the giving away of Patagonia positive or negative for the purpose movement?
How political apathy (and exhaustion) opens opportunities for brands to lead change
D&I Alfred Update